Three words, Gluten Free Perogies. If you were to ask me the top five foods I miss most since being diagnosed with celiac disease. Perogies would be on that list. Perogies are something that I grew up eating and were always one of my favourite foods. My parents worked a lot and while they spent as much time with us kids as possible. Sometimes this meant cutting corners to make quick dinners. So the perogies I grew up eating were out of a bag and they were frozen. But little me never minded and loved them all the same.

Having to adopt a gluten free lifestyle means that you have to get creative when it comes to some of your favourite foods. Which is how and why the Gluten Free Treats and Eats kitchen came up with these super delicious gluten free perogies. But the best part is we didn’t only come up with one filling, we came up with two different fillings. Growing up I always had the classic cheddar filling in my perogies. But we wanted to mix things up a bit. So we have your standard cheddar cheese and onion filling. As well as a sweet and savoury sweet potato filling. We should also mention that we use a gluten free 1 to 1 flour from Newton’s No Gluten. You just have to add xantham gum; 1 tsp for every cup of flour. 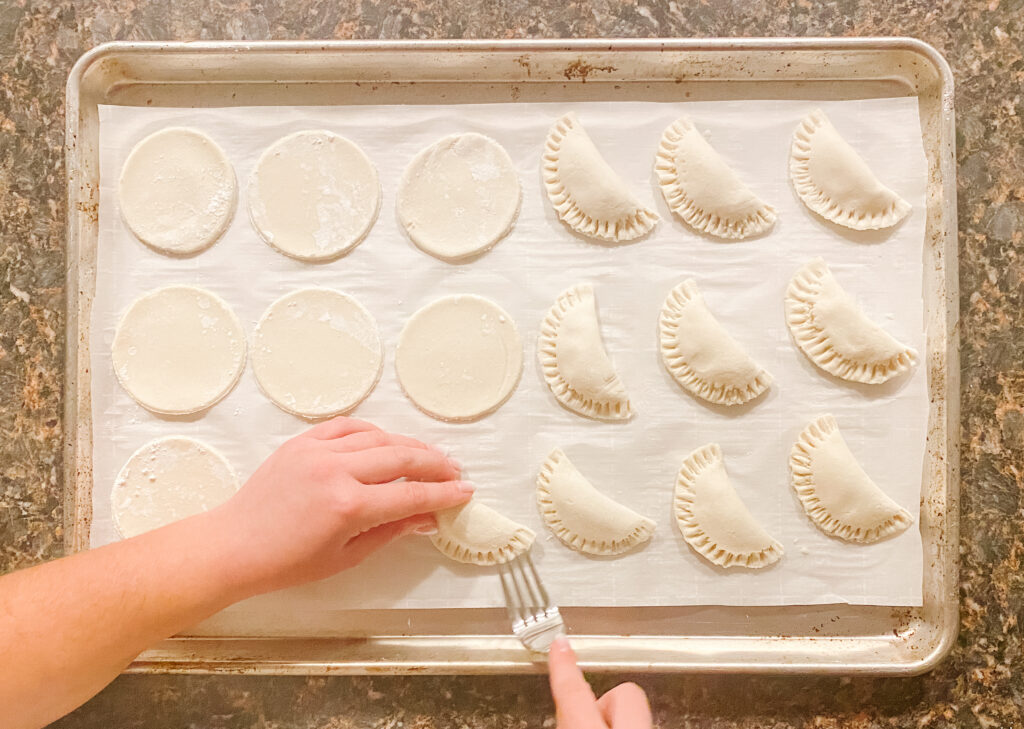 To give a little back story on why we chose to include a sweet potato filling, we have to go back to when we were in University living in St Catharines, Ontario. In St Catharines were was a small shop called Nadia’s that sold all gluten free items from large companies to small local shops. This place was a gluten free persons dream. You could get all kinds of items that you couldn’t find in a regular grocery store and some that you could be these tasted better.

So Nadia’s sold gluten free perogies and some of them were sweet potato. I believe that the company that made them were local to the Niagara Region and they were completely homemade. It was through Nadia’s and this small company that my love for sweet potato perogies was born. Sadly, Nadia’s closed down a few years ago with the increase in gluten free products being available in regular grocery stores and an increase in overhead. 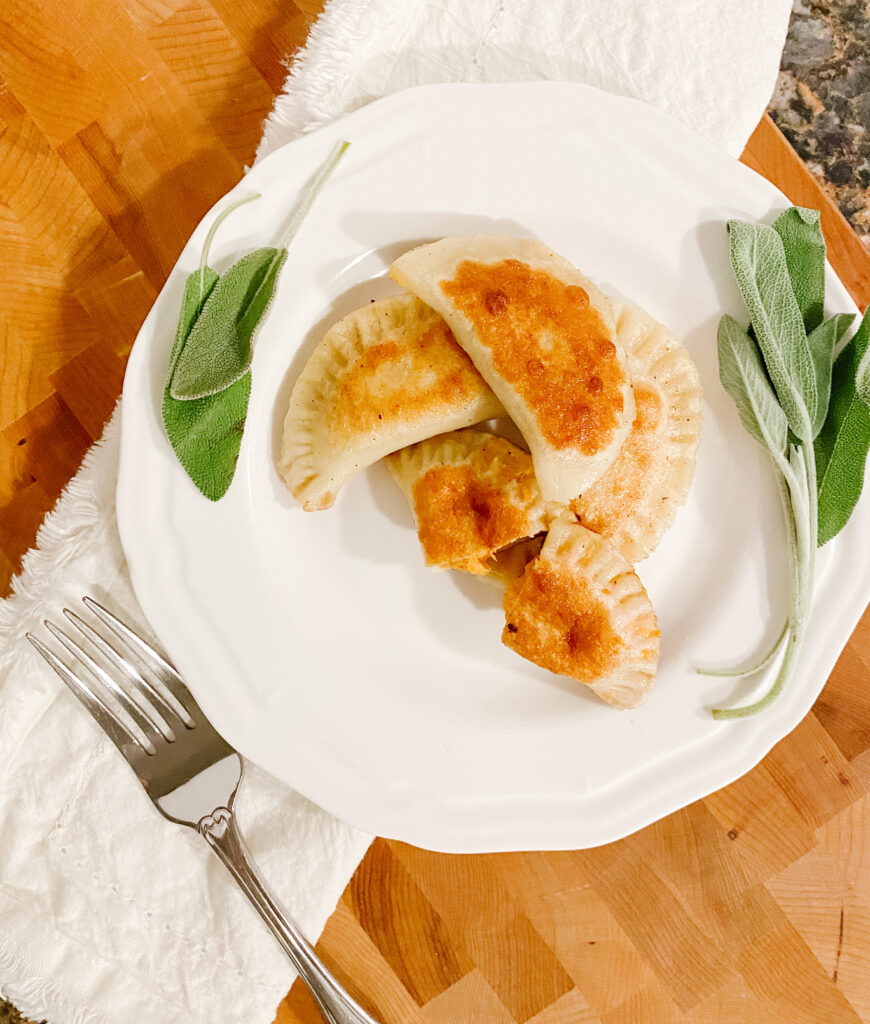 In saying that, we are happy to bring you both classic cheddar and onion gluten free perogies, and sweet potato gluten free perogies. Both are delicious and flavourful. The classic cheddar and onion is cheesy and tastes just like a regular gluten containing perogie. The sweet potato has a hint of cinnamon, is slightly sweet and is super creamy. Think a mix of sweet and savoury, almost like a dessert perogie but with a dash of sour cream definitely could pass as a savoury dish. Pair either recipe with some veggies or a salad to make it a complete meal. Or serve them as an appetizer.

We hope that you enjoy these perogies as much as we do. If you try them out let us know in the comments below. If you want to make a double batch and freeze some, make sure to check the notes section at the end of the recipe. For other meal ideas check out our Steak Fajitas with Sauteed Bell Peppers.

Print Recipe
Perogies Two Ways
Gluten Free Perogies 2 ways. Cheddar and Onion that are cheesy classic, as well as savoury Sweet Potato that is creamy with a hint of cinnamon. 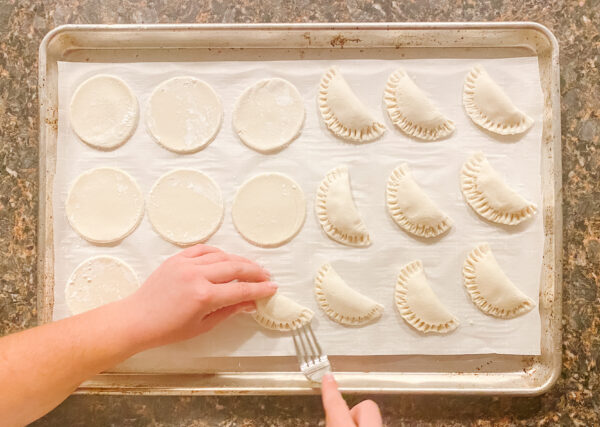