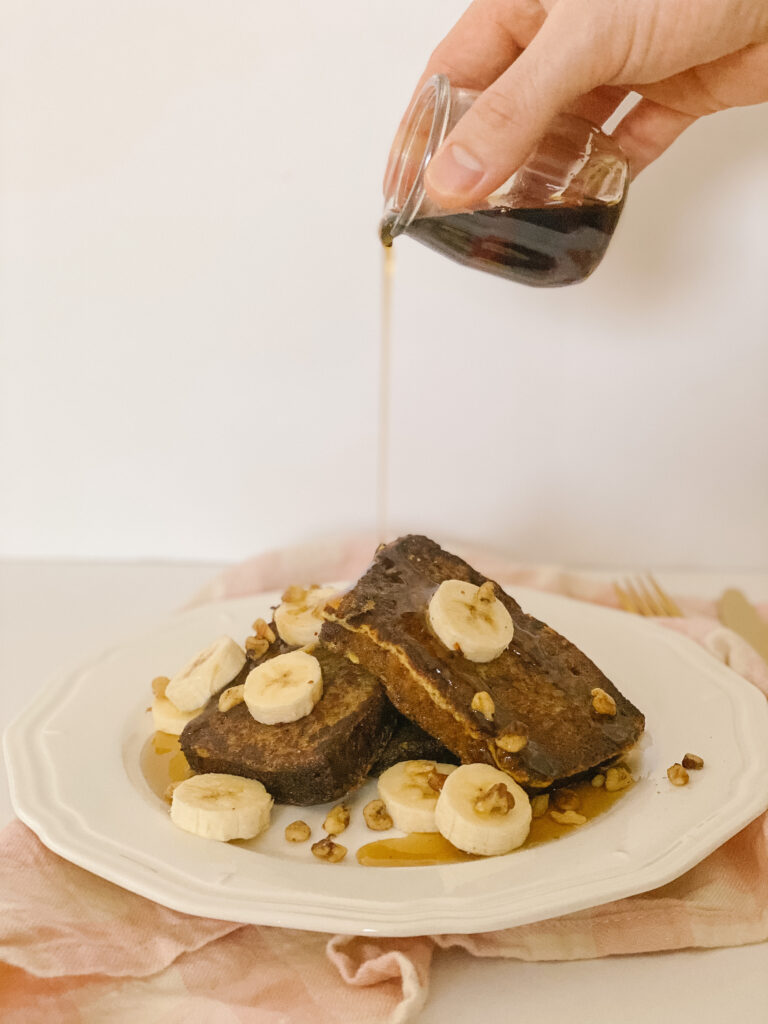 Banana Bread French Toast. It doesn’t get more decadent than that. We were actually suppose to have this recipe up over the weekend so that you could make this for Valentine’s Day morning. But we decided to spend the weekend relaxing and spending time together with our dogs. I then had planned on getting this recipe up on Tuesday for Fat Tuesday, but this week has gotten away from me. So here it is now. It is definitely worth the wait. 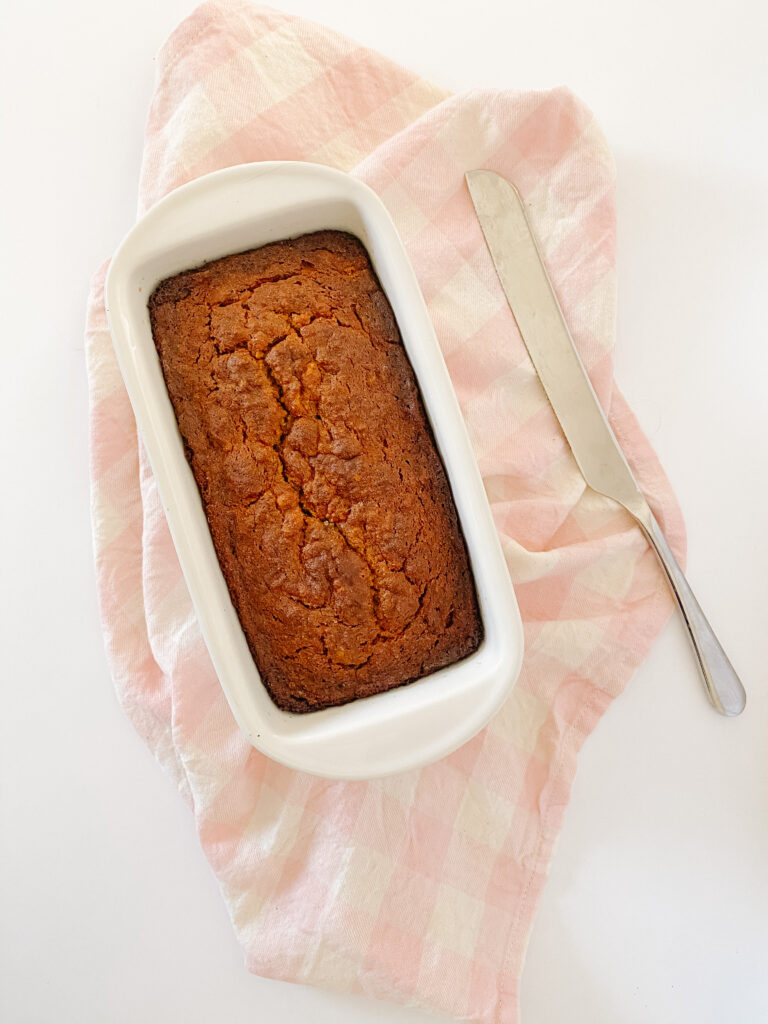 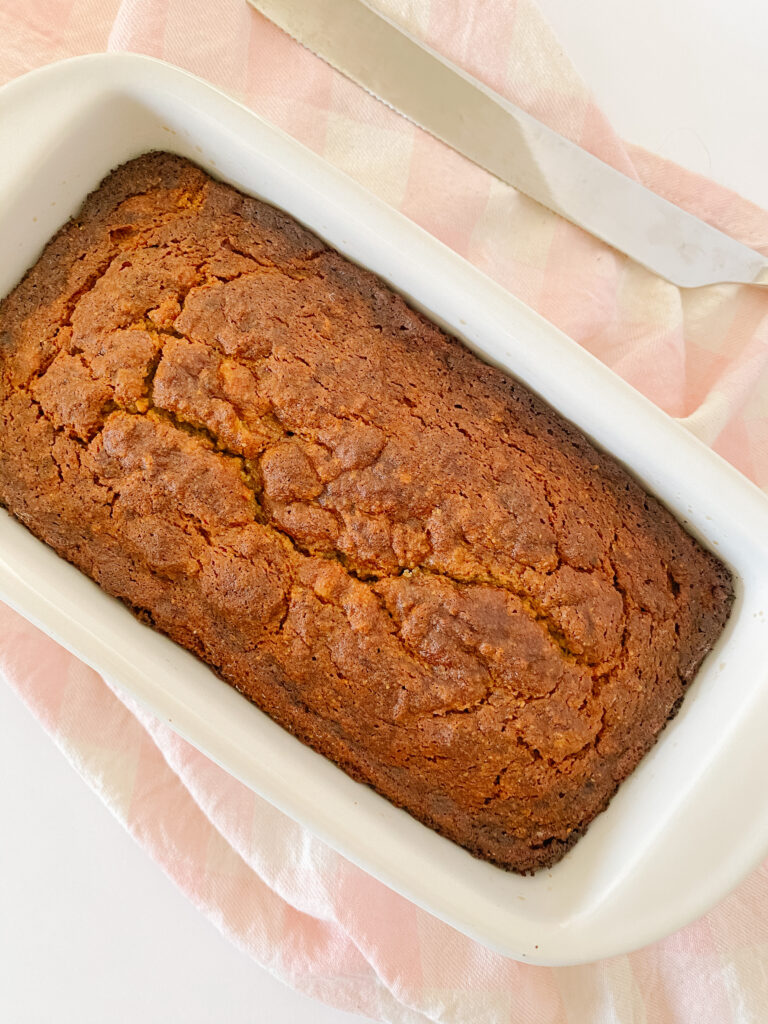 This may also be obvious but if you’re making homemade banana bread, you will want to make sure that you make the loaf in a 8×4 loaf pan or a 9×3 loaf pan, nothing smaller. This way you will have good sized slices to make into french toast. If you’re making this for a child or want smaller slices, then by all means go ahead and make a smaller loaf. But I can’t guarantee that the results will be the same. 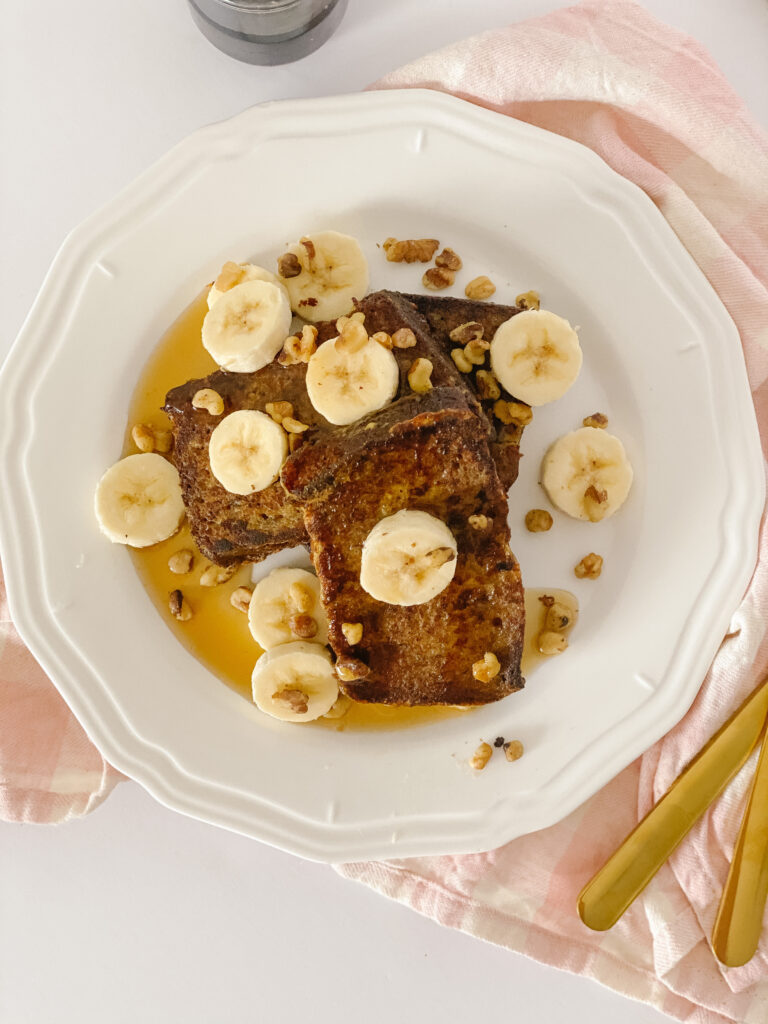 Banana Bread French Toast is essentially dessert for breakfast so why not go all out with the toppings. I love to add bananas, walnuts and maple syrup. But I think that whip cream, ice cream and/or caramel sauce would also be amazing. This obviously isn’t something you would eat for breakfast everyday but every once in a while as a treat or on a special occasion is nice. You can truly go crazy with the toppings, just keep in mind what goes well with bananas and banana bread. I should mention that when we make banana bread for the intention of making it into french toast. We don’t add an mix ins into the recipe. This way the sliced bread holds together better. Then we add those mix ins as toppings such as walnuts.

This banana bread french toast is full of banana flavour. When you make it into french toast the outside of the bread is a little crispy but the inside is still so moist and delicious. Like I said this recipe is super decadent but so worth the calories. We hope that you like this recipe. It is a pretty classic french toast method but done with banana bread instead. Plus our gluten free banana bread recipe is so yummy. If you’re looking for more gluten free breakfast recipes check out our Vegetable Frittata with Pancetta and Cheese, as well as our recipe for Chocolate Coconut Granola. 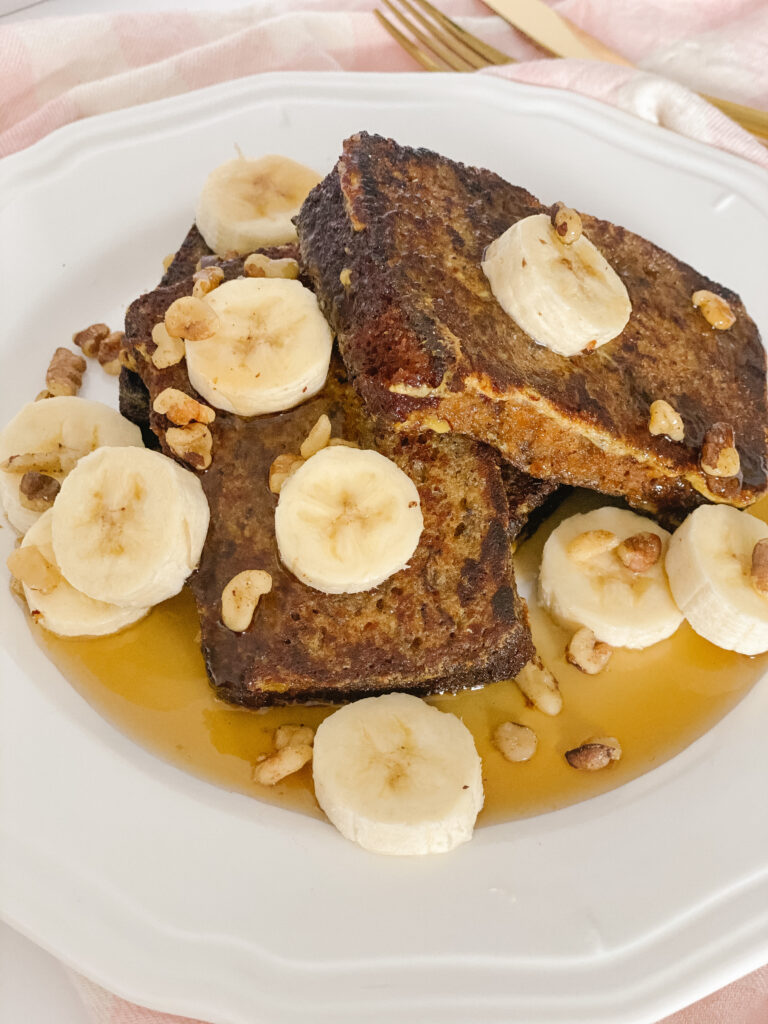 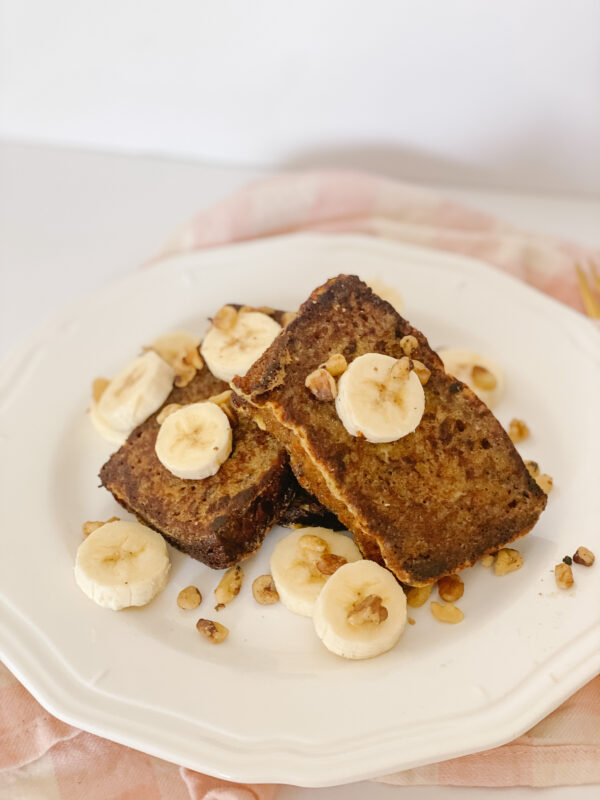